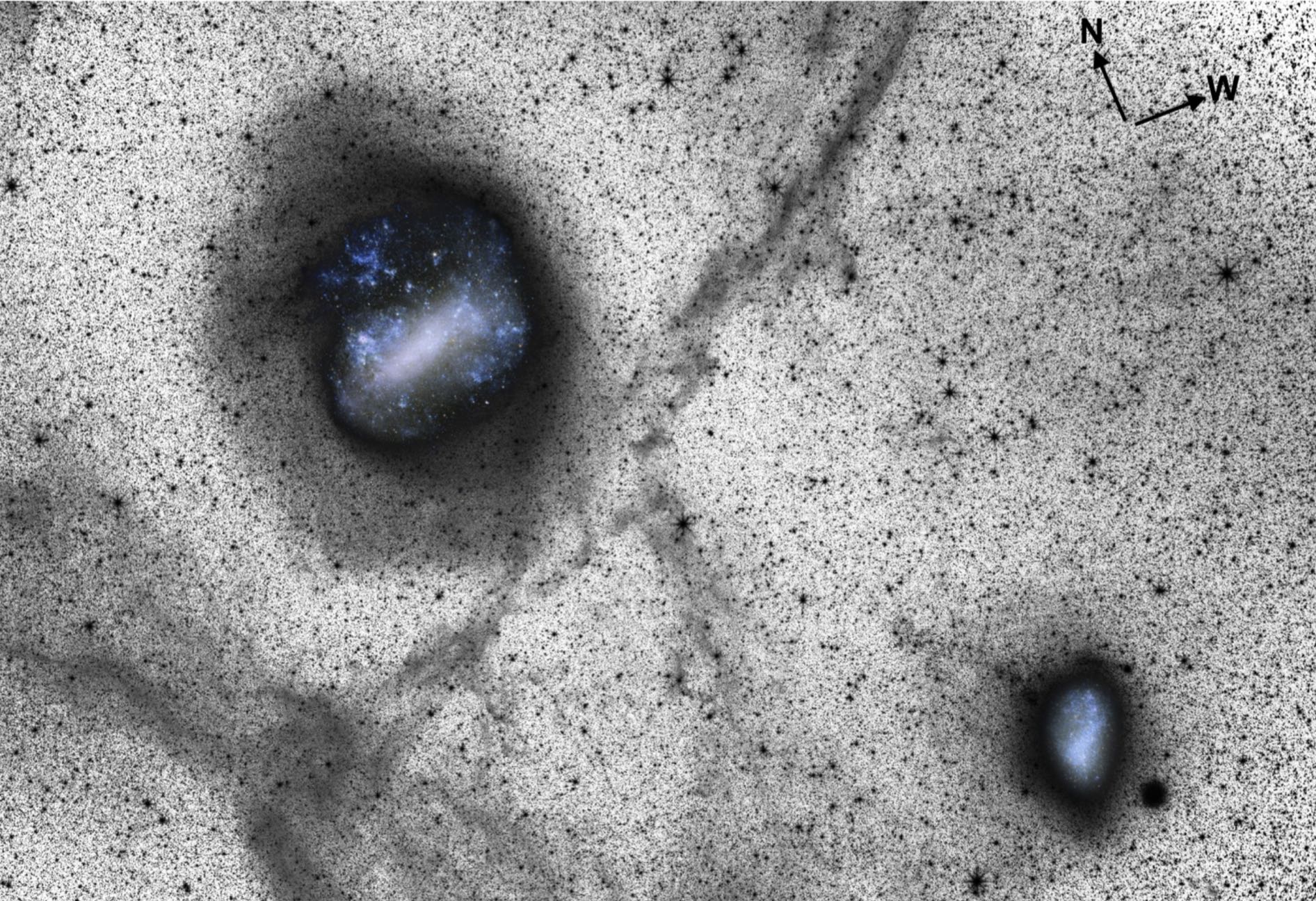 Star formation remains one of the most difficult problems in astrophysics. Even though the interstellar medium out of which stars form has been studied for 80 years, there is still no consensus about the dominant processes that control the rate at which stars form. The main challenge comes from the fact that the formation of stars (and of dense structures in the Universe in general) is a combination of several physical process acting at different scales. For star and planet formation we need to track the transfer of energy and matter across a range of 7-8 orders of magnitudes in scales, from the size of a galaxy to the size of a planetary system. Across these scales matter condenses through a serie of thermal and dynamical instabilities, facilitated by self-gravity and compressive events related to stellar feedback. The atomic and molecular physical processes are essential to understand how matter evolve along the way. Heating and cooling processes are key, as well as the detailed dynamics induced by magneto-hydrodynamic turbulence. In the last 20 years great progress was made in understanding this complex physics, thanks to theoretical works and numerical simulations. In fact we are now at a point where we lack information from the observations themselves to disentangle between different scenarios. 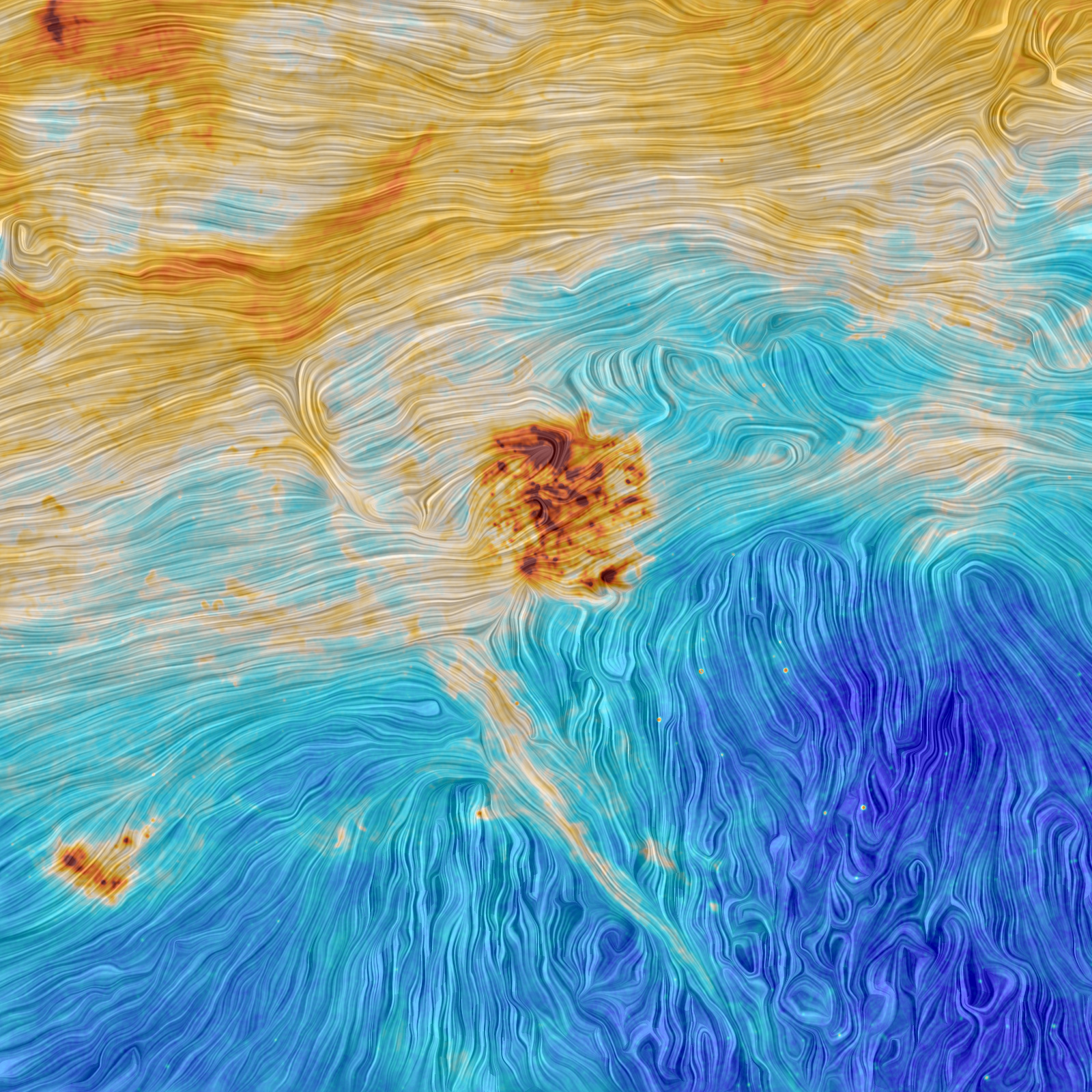 One crucial step in the condensation of the gas that leads to stars is the formation of the atomic cold neutral medium (CNM : 40K, 100cm-3). This phase of the atomic gas (HI) is formed out of the warm neutral medium (WNM : 8000K, 0.5cm-3) through a thermal instability. These two phases of the HI have been identified very rapidly after the first observations of the 21 cm hydrogen line by radio-telescopes in the 1950s. Nevertheless, up to now, the description of the cold and warm phases could only be done in the vicinity of lines of sight crossing radio sources where the HI appears in absorption. Accessing the multi-scale structure and kinematics of these phases, and their link with the magnetic field structure, requires to operate a source separation from the heavily blended 21 cm emission, something that could not be done until recently. It also requires sensitive, high angular resolution, HI data over wide areas. The interstellar medium close to the Sun is a target of choice in this context in order to access the smallest physical scale possible in order to trace the formation of the CNM that happens preferentially at small scales, as well as the processes of turbulence energy dissipation. 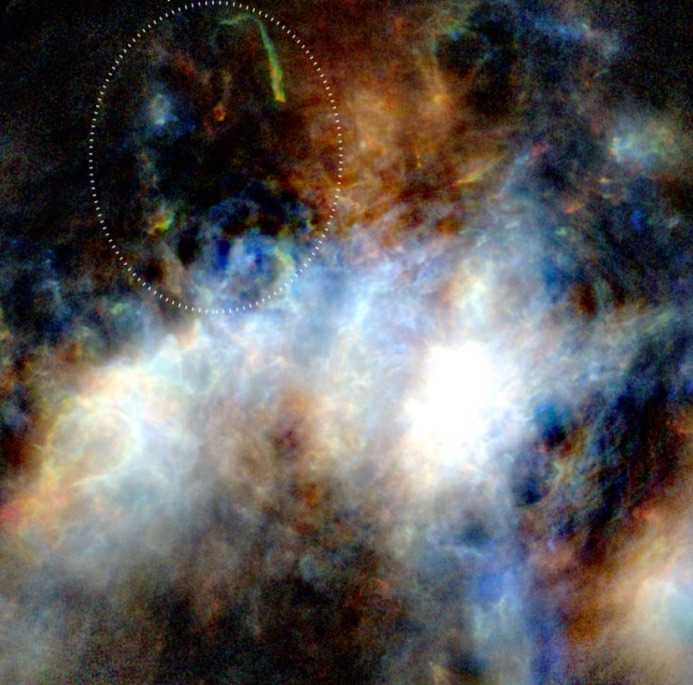 The recent developments of dedicated algorithms, in particular the code ROHSA developed by the Hyperstars collaboration, together with the availability of radio-interferometers like the Australian SKA Pathfinder (ASKAP) that can map large areas of the sky at high angular resolution, open the possibility to study the (thermo)dynamics and density structure across a large range of scales. Combining the two will allow us to make a significant leap forward in our understanding of the transfer of energy and matter between phases and across scales that lead to star formation. In fact we believe that we are about to enter a transformational moment in that field that is 70 years old. With the combination of extremely powerful radio-interferometers like ASKAP, the detection of a large number of HI absorption sources, and new data science techniques, it becomes possible to map out the structure formation process over several orders of magnitudes in physical scales. It is a truly transformative way of looking at the evolution of multi-phase MHD interstellar turbulence.

The project presented here has received funds from the Collaboration Program between The Australian National University (ANU) and Centre National de la Recherche Scientifique (CNRS). Two thesis are funded by this ANU-CNRS grant, one in Paris-Saclay University and a second one at ANU (Canberra, Australia) that will start six month later. Both Ph.D. students will benefit from travel money to pay for trips between the two countries to develop the collaboration.

The project proposed here rests on the unique combination of expertise present in a new France-Australia collaboration. The Australian group, led by Noami McClure-Griffiths, has a unique expertise in the processing and analysis of the ASKAP data. N. McClure-Griffiths is leading the main project to study Galactic and Magellanic HI with ASKAP. The French group (Hyperstars), led by Marc-Antoine Miville-Deschênes, is a collaboration of astrophysicists and data scientists that have developed an expertise in the source separation of hyper-spectral data sets.

The thesis project describe here will take place at Paris-Saclay University, in the AIM laboratory of CEA-Saclay, under the supervision of Marc-Antoine Miville-Deschênes. The thesis will start in October 2019.

ASKAP observations. ASKAP is a new interferometer with an angular resolution of ~20 arcsec across an outstandingly large field-of-view: 25 - 30 deg2. This gives an unprecedented view of the cold and warm HI, including velocity information, in the Milky Way at an angular resolution that has only been matched by recent IR surveys with Herschel. McClure-Griffiths is the co-PI and Miville-Deschênes is a team member of the Galactic ASKAP (GASKAP) Survey, which is the one ASKAP project with the goal of probing the ISM of the Milky Way and Magellanic System. In early 2019 ASKAP observed a ~80 deg2 field centred on the Large Magellanic Cloud and this area will be approximately doubled by the end of the year to cover the entirety of the Magellanic System. This dataset also covers the local interstellar medium, in the foreground to the Magellanic emission, providing the highest angular resolution data of the local ISM by more than an order of magnitude. The large field of view and high angular resolution of ASKAP will provide a unique view of the ISM, with the similar level of details that Herschel gave, on much larger fields of views and, in addition, with velocity and thermal phase information. It is the combination of the high-resolution (20 arcsec) ASKAP 21 cm data over 100-200 square degrees, with new data analysis techniques, that allows the extraction of the multi-phase information, makes this project unique.

Such a rich and large dataset, combined with new data analysis techniques, open several potential exploration avenues. The main scientific objective of the PhD thesis will be to extract the most detailed view of the formation of cold atomic structures in the interstellar medium of the Solar neighbourhood. These new observational results will bring totally new constraints on the exact nature of the interstellar structure formation process that the theory of star formation is lacking. In particular the project will address the following questions:

The methodology will be centered on the scientific exploitation of the 21 cm ASKAP data, specifically on the analysis of the emission arising from the local ISM. This data set will be analysed jointly with Planck dust polarization data and 3D extinction maps based on Gaia. The data and tools are already available so the thesis project is ready to start. Some of the 21cm ASKAP data are already being obtained. Results on the Small Magellanic Cloud have been published (McClure-Griffiths et al. 2018; Di Teodoro et al. 2019) and data acquisition is now being extended to the Large Magellanic Cloud, the bridge and the stream. The ROHSA code is also available. A faster version of the code, based on a GPU implementation is in development but at the start of the project the CPU version can be used. In details,

From this analysis we expect to obtain detailed observational constraints of the formation process of the CNM in the local ISM. This will improve our understanding of the properties of the multi-phase MHD turbulence and will provide stronger constraints on what are the most favourable conditions for the formation of the cold and dense structures in the interstellar medium. This study will also produce the first map of the polarized dust emission of the Magellanic system and therefore of the orientation of the magnetic field. From a technical point of view, this study will allow to improve ROHSA by including the possibility to fit absorption and emission jointly.

The start of the thesis in septembre 2019 will coincide with a program on star formation (So-Star) held at Institut Pascal (Univ. Paris-Saclay), co-organized by M-A Miville-Deschênes and to which the Australian group (N. McClure-Griffiths and others) will participate for 3 weeks. This will be a perfect timing to lay the foundation of the project.

Beyond the scientific discoveries that might open new avenues in the study of the evolution of interstellar matter in galaxies, a strong perspective of this work is the application to the upcoming Square Kilometre Array (SKA) telescope that is expected to start in 2027. The data flow of the SKA will be orders of magnitude larger than what ASKAP is providing (which is already much higher than anything we have known so far) and new analysis techniques has to be imagined. One important and totally new aspect will be the detection of a large number of HI absorption on lines of sight crossing radio sources. The combination of these with the emission in between calls for methods similar to ROHSA that would take into account both (absorption and emission) in the reconstruction of the multi-phase structure of the ISM. The PhD project proposed here will lay the foundation of the 21 cm data exploitation of the future.

Application should be done following the instructions given on the AAS job registery.